* In case of any delay in receiving the OTP, you may verify it later. Please proceed without verification.

Enter your City name or Pincode

Wadrafnagar is a Tehsil and Nagar Panchayat town in Surguja District of Chhattisgarh state. Administratively it is certainly one of the most important towns of the district. However, despite town’s administrative importance it is severely lagging behind in economic progress. The lack of economic progress is clearly visible through shortage of civic infrastructure that people of this town have to continuously cope with.

Wadrafnagar falls in a region that has invaluable historical importance. Partly because it is believed that Lord Ram had visited Surguja District during his 14th year of exile, which as we all know was last year of his exile. Even if this belief is not backed by authentic facts, but this belief is so sacred that it has made Wadrafnagar and rest of Surguja region a sort of a holy place. Through available manuscripts it can be said that once Mauryas and Nanda ruled over this region for considerable time. There is, however, no detailed information available about social and political situation existing in this region during reign of these great ancient empires. Coming to relatively more modern history, i.e. medieval era. Then during medieval era Surguja’s history was largely dominated by small regional kingdoms and regional kings. The most prominent king during this period was Raghunath Sharan Singh Deo, who is believed to have conquered Surguja region in year 1882. He is considered amongst the prominent kings solely because he brought lot of economic prosperity to this region. He has believed to have established lot of schools, medical centers, public libraries and many other important public infrastructures in this region. Although most of these development projects had taken place mostly around present day Ambika city, but he is remembered with immense reverence all throughout Surguja District – including of course Wadrafnagar town. 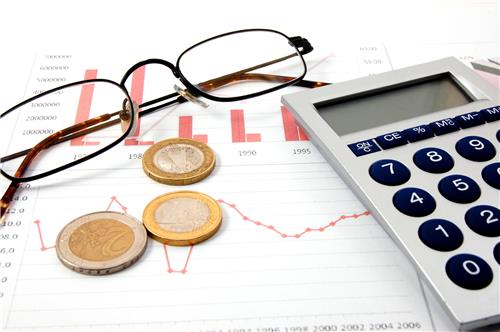 Economy
Agriculture is obviously the most dominant economic activity in this small town. Since there are virtually no industries in this small town, dominance of agriculture sector is but obvious. More than 60% people here derive their livelihood directly or indirectly from farming activities. The overall agricultural productivity of this region is also pretty good. This is owing to various factors. Keeping these factors aside, the high output of agricultural sector surely comes as a respite for all the locals here. There is also a local forest industry that though is very small in size, but generates pretty good employment for locals here. Besides, these forests also greatly helps local people here in procuring dry woods and medical leaves, which obviously helps people in saving money and thereby making out a better life for themselves.

There is nothing surprising about condition of healthcare services in Wadrafnagar town. We mean like almost all small rural towns even Wadrafnagar town suffers from shortage of well equipped hospitals and qualified doctors. Their glaring absence is somewhat compensated by few government funded Community Healthcare Centers (CHC) and Primary Healthcare Centers (PHC) operating in and around this town. Besides, there are also quite a few general clinics operating in and near this town. With the help of these limited facilities local patients here strive to overcome all their healthcare problems. However, it is very obvious that this existing setup is simply not capable of treating complicated and life threatening diseases. In such cases obviously local patients here have no choice but to travel to nearby urban cities like Ambikapur, Baikunthpur, Medininagar and Palamu.

Local people here have to bear lot of inconvenience because of severe lack of efficient public transportation system. Predictably local public transportation in this small town as well as in most of the adjoining villages constitutes of only few auto rickshaws. And even though Wadrafnagar’s population is not very high, but presence of decent number of auto rickshaws would have at least made life of day to day commuters comparatively easier. Presently few auto rickshaws that are plying are surely not going to solve local transportation owes faced by daily commuters. Coming to connectivity, then thing are just as difficult on this front too. Very few state run buses ply from this town, while there is not a single railway station within 50 km range. The nearest railway station is Dudhinagar Railway Station, which actually is located in Uttar Pradesh state.

Currently two to three reputed banks are operating their branches in this town. Although again we’d like to again reiterate that situation would have been far more desirable if more banks would have been here, but in a small town like this even presence of few banks is priceless. After all, there presence ensures that people living in rural areas like Wadrafnagar are not deprived of banking services, including some of the modern banking services. We, however, still hope that in coming years few more banks will open their branches here and bring further improvement in existing banking services.

Comments / Discussion Board - About Wadrafnagar